The Museum is currently closed until further notice.

The museum itself has a long history of its own. It first opened its doors to the public at Wellington Barracks in 1934. After many years of fundraising by the board of Trustees in the early 2000’s and searching for bigger premises the museum then moved to its current location on Moss Street in Bury town centre. It first opened its doors on St George’s Day, 2009 but was officially opened by HRH the Duke of Kent later in the year.

The total cost of the relocation project exceeded £4.2 million with £1m of the funding being provided by the Heritage Lottery Fund.

In 2014 the museum further enhanced its offering by completing phase 2, a £1.4m funded redevelopment of the top floor which included a new state-of-the-art conference and events space The Minden Suite, The Quartermaster’s Store a new open store to house the museum’s collection and the re-location of The Fusilier Archive.

There is also lots to see and do in Bury Town Centre. The museum is located in heart of the Cultural Quarter and only a few minutes’ walk from the East Lancashire Railway, The Met Theatre, The Transport Museum, Bury Art Museum & Sculpture Centre, Bury Parish Church and the world famous Bury Market.

To help you have the most pleasant experience we have gathered together all information for your visit in an easy to manage format.

Visiting the museum for a special occasion? These links will tell you everything you need to know

COVID-19
Due to ongoing public concern around the COVID-19 outbreak, the museum is currently closed until further notice.

The museum is closed on bank holidays

The admission fee entitles the holder to an annual pass so you can visit as many times as you want within the twelve month period following the purchase of your ticket!

The Fusilier Museum is located in the Cultural Quarter and only a few minutes’ walk from the East Lancashire Railway, The Met Theatre, The Transport Museum, Bury Art Museum, the Parish Church and our world famous Bury Market.

Find out more at www.visitbury.com 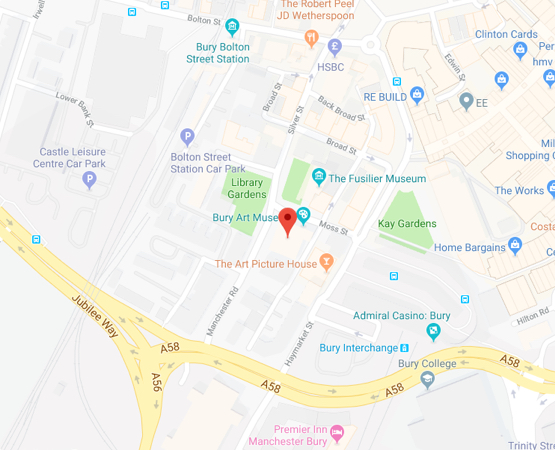